You are here: Home / Information / Bushing vs bearing 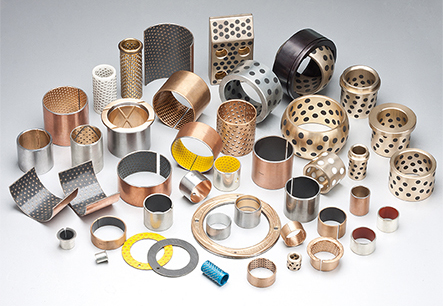 Bearing is a machine component that enables the machinery to move at extremely high speed with reduced friction between handling stress and moving parts. The bushing is like a tube or sleeve that enable the relative motion by sliding instead of rolling and it is used to support the shaft and to operate between moving surfaces. The component is a round-shaped cylindrical component with different features. Bushings are equipped with rolling elements such as balls and rollers that support the elements. Bushings are composed of multiple parts that are used in vehicle suspension systems to ensure balance and durability.

Check out for our Sleeve Bearing

Bearing is often used as a general term for the components that allow relative motion between the other components and surfaces. The bearing enables to move at high speed and often find applications in the support of rotating shafts in machines. Bearings provide relative movement between different components of machines and their application depends on the type of location between them. The bearing type that can be used in the machinery is based on the nature of the relative movement. It also depends on the type of constraints that are applied in the motion. The bearings are particularly designed to reduce frictional energy losses, wear resistance, minimum maintenance expenses, and to extend the life of machines. Bearings can be classified into two general types including thrust bearings and journal bearings.

Check out for our bearing supply

Difference between bearing and bushings

Bushingmfg is among the top manufacturers and exporters of various bearings and power transmissions in China. We have established business relationships with customers from more than 20 countries of Europe, North America, Australia, Southeast Asia, the Middle East, and Africa, and our products are well received for their excellent quality and competitive pricing.